Born in 1967 Jean-Francois Vibert began his career in journalism in 1991 while pursuing courses at the Ecole Normale Supérieure, where he studied History of Art, Design, Graphics, and Photography (obtaining his teaching degree in Applied Arts in 1992). Fascinated by extreme sports, he published his first photos and articles in Ski-Français, Planchemag, Wind, and, Equipe-Mag. Mr. Vibert is an adept skier, windsurfer, and was a pionner of the snowboard in France as early as 1984. 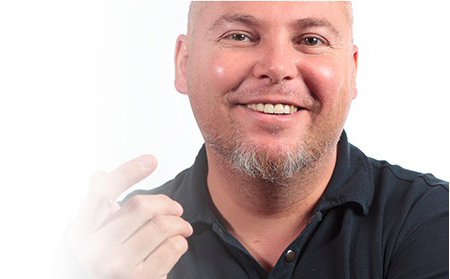 After completing his military service in the department of Information and Public Relations for the Army (he created a project called « Press for the French UN Soldier »). He also taught Grahic Design in a Parisian High School before launching himself into the adventures of Freelance journalism, where he obtained his Press card in 1993.

Always fascinated by new technologies, he created his website in 1997 (Actionreporter.com), he is a consultant of internet marketing. He was a co-founder of a start-up company, which was created the end of 1999 (Ridingzone.com was bought by France-Telecom 10 months later) and also trains many professionals in this area.

In 2001 he became a true convert to the world of digital photos and was fortunate to be solicited by schools of journalism to teach digital photography. Today, he divides his time between taking photos, editing images, and creating and implementing training courses for independent photographers and companies.